Even though I lost my phone and my credit card… WOW, what a nice breath of fresh (and salty) air you were from the hustle & bustle of London town. The quaint little beach town was filled with such happy and artistic people.

Maya and I woke up early so we could grab ourselves some much-needed coffee and brekkie, and then we made our way to the St. Pancras International Train Station. We hopped on the train and only 2 hours later we were at the seaside in Brighton.

The train station in Brighton was in the perfect location for weekend travelers that don’t want to pay for Uber’s or a taxi. It took us less than 15 minutes to walk to the water (Brighton pier). The whole town was basically accessible on foot.

Our first mission was to get to the beach. It was a bit cloudy and (very) cold, so not many people were out. We didn’t know what to do since most stores were closed, but we ended up walking into Brighton’s Fishing Museum and decided to learn a little bit of Brighton's fishing history. We didn’t stay too long, but it was… different to say the least.

We dropped off our bags at our Air BnB with the sweetest host.

After dropping off our stuff, we both were getting a little snacky, so we decided to go to The Lanes to get the infamous DUM DUM Donuts. We were both just gonna get 2 each and somehow we ended up walking out with half a dozen of these delicious balls of dough. After eating all but 1, we both agreed that a walk would be best- LOL.

We got a good feel of the town and ended up doing some shopping in The Lanes. We found that there are two different parts of The Lanes. We decided to do one side on Saturday and the other on Sunday.

Maya had to go to the Apple store to see if they could fix her phone and during the wait, we did some shopping at Topshop, Bershka, H&M, and all those wonderful places.

We went home for a little to rest up and turned on the TV and watched some rugby. We thought it would be a good way to see the vibe of the town during a rugby game so we hopped across the street to a neighborhood pub. At Brighton & Hove Pub we grabbed some beers, played some cards and met a friendly dog who wanted to play around.

We had a late-late dinner at WAGAMAMA’S, so we could finally check it off our “need to eat” list. We got spicy edamame, coconut shrimp and two different types of spicy chicken curry.

After our dinner, we somehow ended up back in the lanes and a local showed us where the other side of the lanes were.

Then we ended the day by watching friends and catching up on life, like our usual sleep over’s.

Happy St. Patty’s Day!!! We woke up and it was gorgeous out. We started this beautiful sunny day by eating at The Ivy in the Lanes.

The food was UH-mazing. We got giant cappuccinos, I got eggs benedict and Maya got a variation of avo toast. AND OOP we decided to share some big, fluffy pancakes with fresh fruit and whipped cream.

Their powder room is also a must to see. Gorgeous sofas and pink accents everywhere. I think this is the best bathroom I've ever seen. (HAHA- okay that last sentence was partially a joke for my mom, and also sadly very true because I love a pretty bathroom).

After our, yes you guessed it, FEAST... we took a stroll through the lanes and to the Royal Pavilion Gardens. Guess who we saw?! Our puppy friend from the pub the night before going on his morning stroll.

The sun finally came out, and we were able to enjoy our walk, instead of the intense shivering.

On our way to the beach, we saw some dope street art and fun colored houses, which basically embodied Brighton’s fun and light-hearted city vibes. We got to the beach and enjoyed the sunny day and even had the chance to take off our coats while laying on the rocks.

We decided to go to Brighton Pier because there were so many more people out and it seemed so fun. We played dance-dance revolution and BUM BUM BUM… the drama saga begins. If you're interested in my phone's personal adventure through the city, you can scroll to the bottom of the post 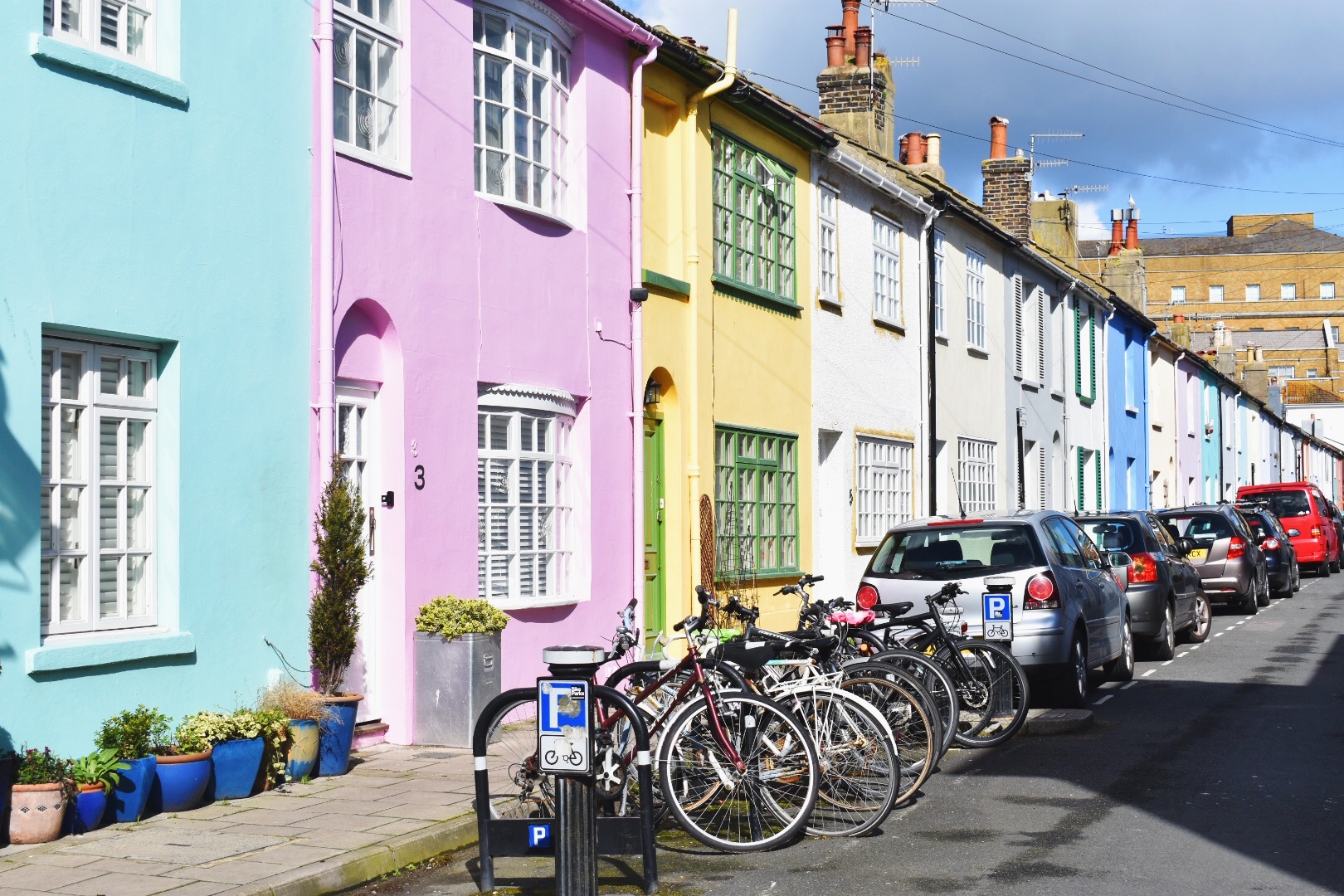 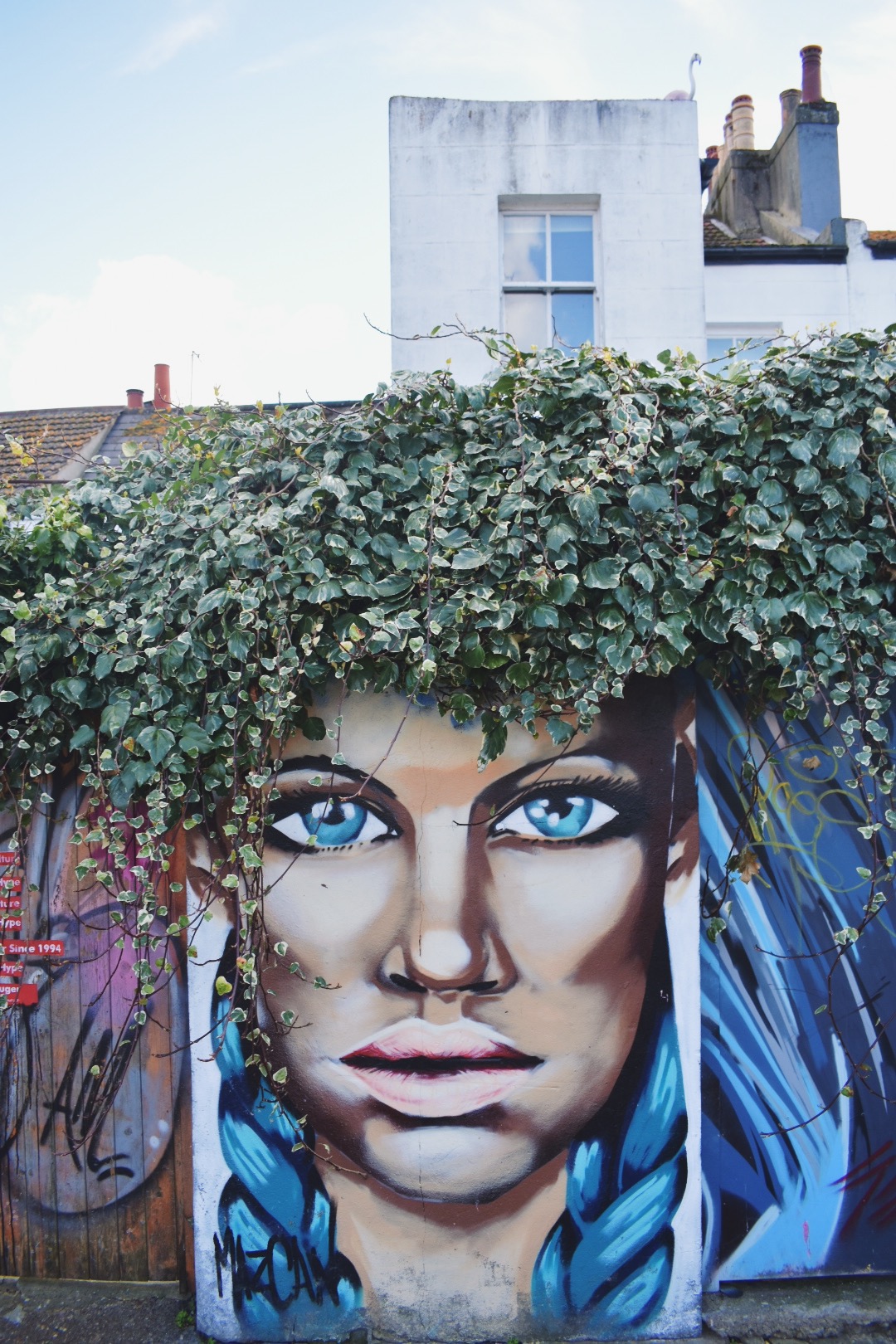 The city was much more active today and after the melodrama, we decided to not let it spoil our trip and we went back to the lanes to do some retail therapy shopping.

We went to the other lanes this day, and it felt more like a giant flea market within the lanes. Boutiques were set up on the streets and it was a lot more casual than the main lanes felt.

We found a thrift shop, boutiques and stationery stores with some of the funniest cards I've ever seen (I'll let you be the judge lol). I wanted to buy the whole store.

For lunch, we ate at Patty&Bun, and they had some phenomenal burgers. It was the messiest burger, which all foodies know mean it was good. They were fully loaded with the usuals and had lots of cheese and their own kind of special sauce.

After, we had to go back to our Air BnB to clean up and check out, but the lady let us keep our stuff there while we went out to bars to celebrate St. Patty’s Day.

MOLLY MALONE’s had a festival going on and so we got some Guinness to celebrate the Irish and danced and enjoyed our music until our late train back to London.

We explored all over Brighton, between general exploring and trying to track my phone, we felt like we knew Brighton like the back of our hand. Despite the telenovela that occurred for the majority of the second day, Brighton was an amazing trip with my best friend and I’m so thankful for it and her.

My iPhone's personal adventure throughout Brighton

I realized I lost my phone on the beach, went back to the beach and couldn’t find it, we went everywhere we could think of, and even went home talking to the Pier and the Beach security reporting a lost phone… I will not lie, I contemplating going home (like to America) at this point because I felt so stupid, and thank god I was on this trip with my life long best friend because if it was anyone else I probably would of lost my shit (like mentally). SO thanks to Maya for keeping me calm and reassuring me that it was just a phone and it would all work itself out.

We kept tracking it all day… and I’m not kidding you.. We got a message and call on Facebook that some girl found my phone in a bar (even though we hadn’t been to one all day (we think a drunk found it and forgot he stole it)) 20 minutes before our train to London departed. Maps said it would take 15 minutes to get to her place (which was by the pier) and I had no money because it was on the back of my phone (lesson learned) so I couldn’t get a ride. I ran all the way there and got my phone and ran about halfway back before realizing I had 7 minutes to get there (and it was uphill) so I got in a taxi told him the train station and it was less than 3 minutes and I only had $20 USD and he accepted it and even gave me change… I have never been more thankful for kind people. I got on the train as it was leaving and then found Maya. I don’t know what kind of good karma I was getting repaid for but DANGG I'm gonna keep it up. If that were to happen in London, we would have never seen my phone.

Some extra pictures I love from the trip: 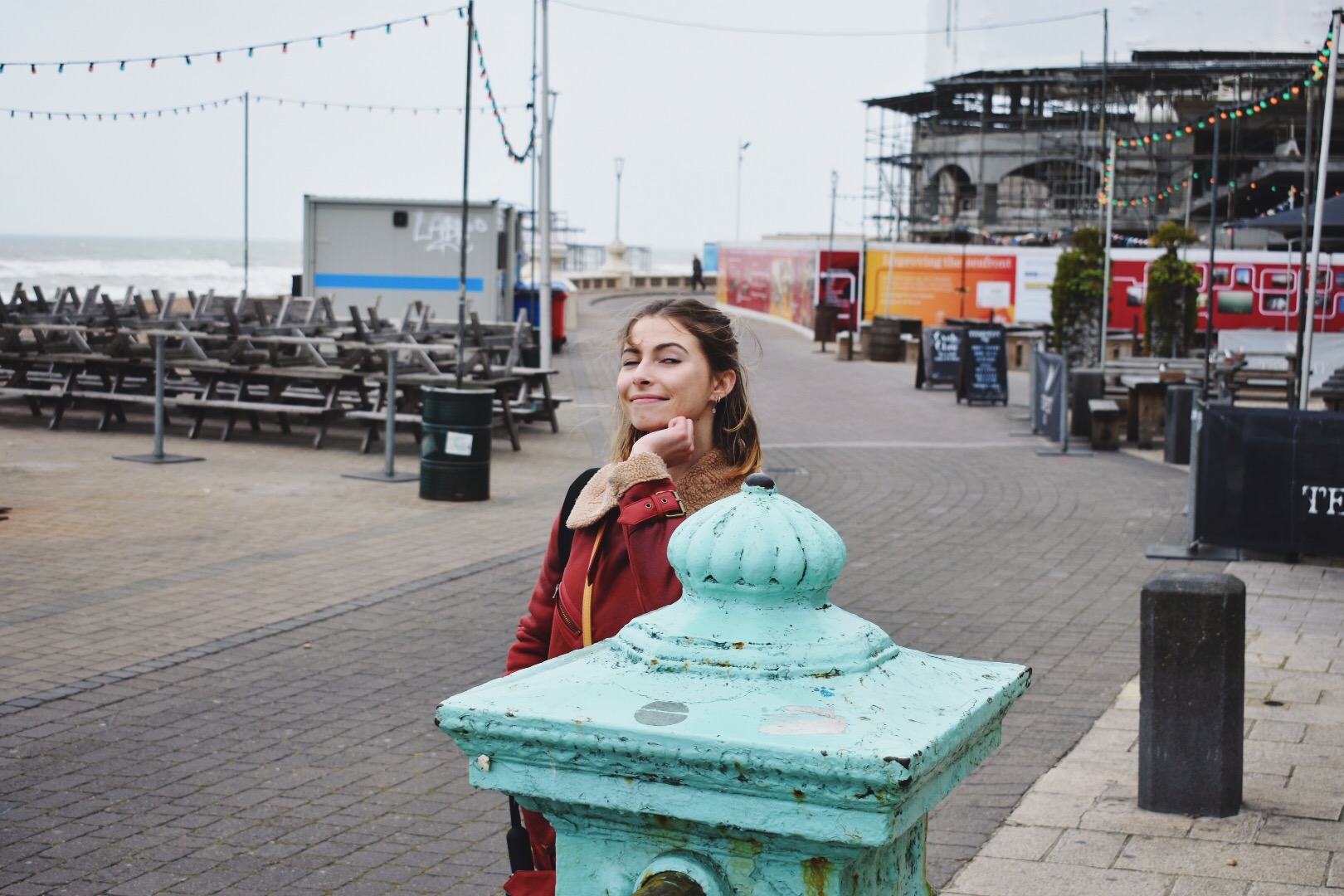 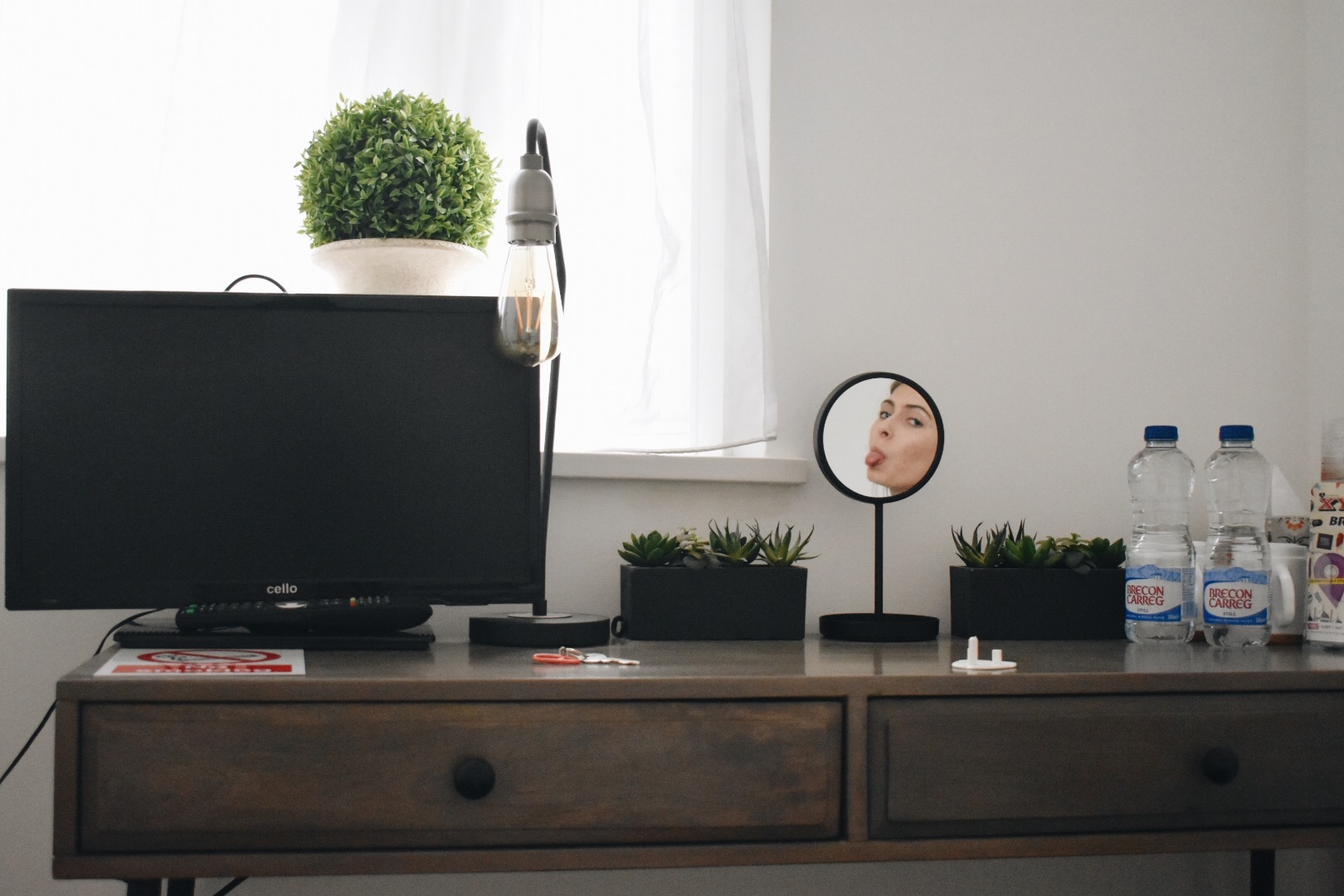 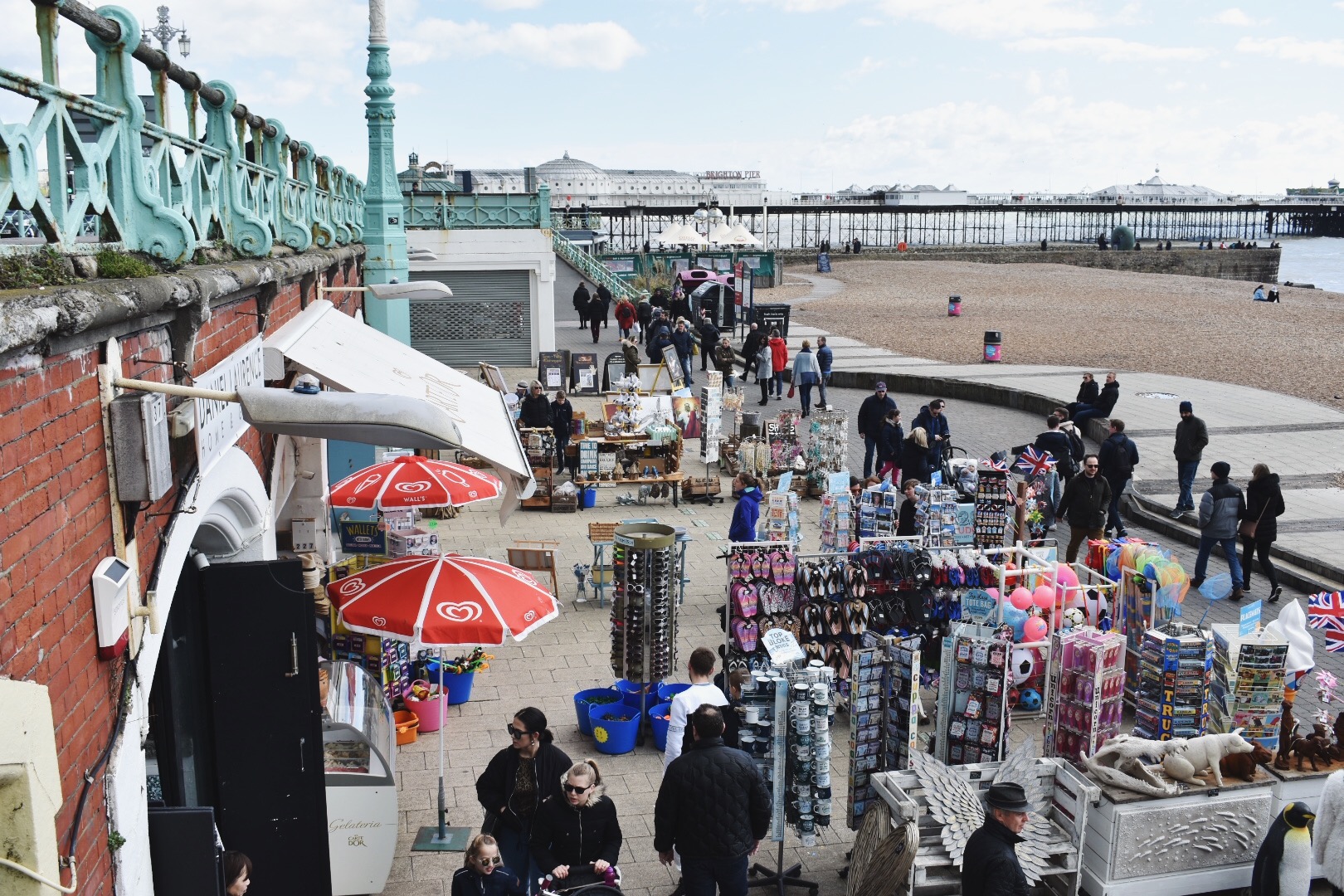 A quick trip home to Poland.

A weekend on the Italian Coast